Isle Of Wight Pride takes place this coming Saturday! Please be aware that road closures will be taking place over the course of the day. Island Roads have provided the following information.

The road closures will be on a rolling basis, and the roads will reopen as soon the parade progresses past the junctions along the route. The roads that will be closing are as follows:

There will also be a revocation of the one way restriction along North Walk from Friday 20 July at 1200 until the same time on Sunday 22 July, on the southern side of the canoe lake from its junction with Appley Rise to its junction with Esplanade.

Please come along to the parade and enjoy the day, celebrating the hosting of UK Pride on our very own beach! 🏳️‍🌈 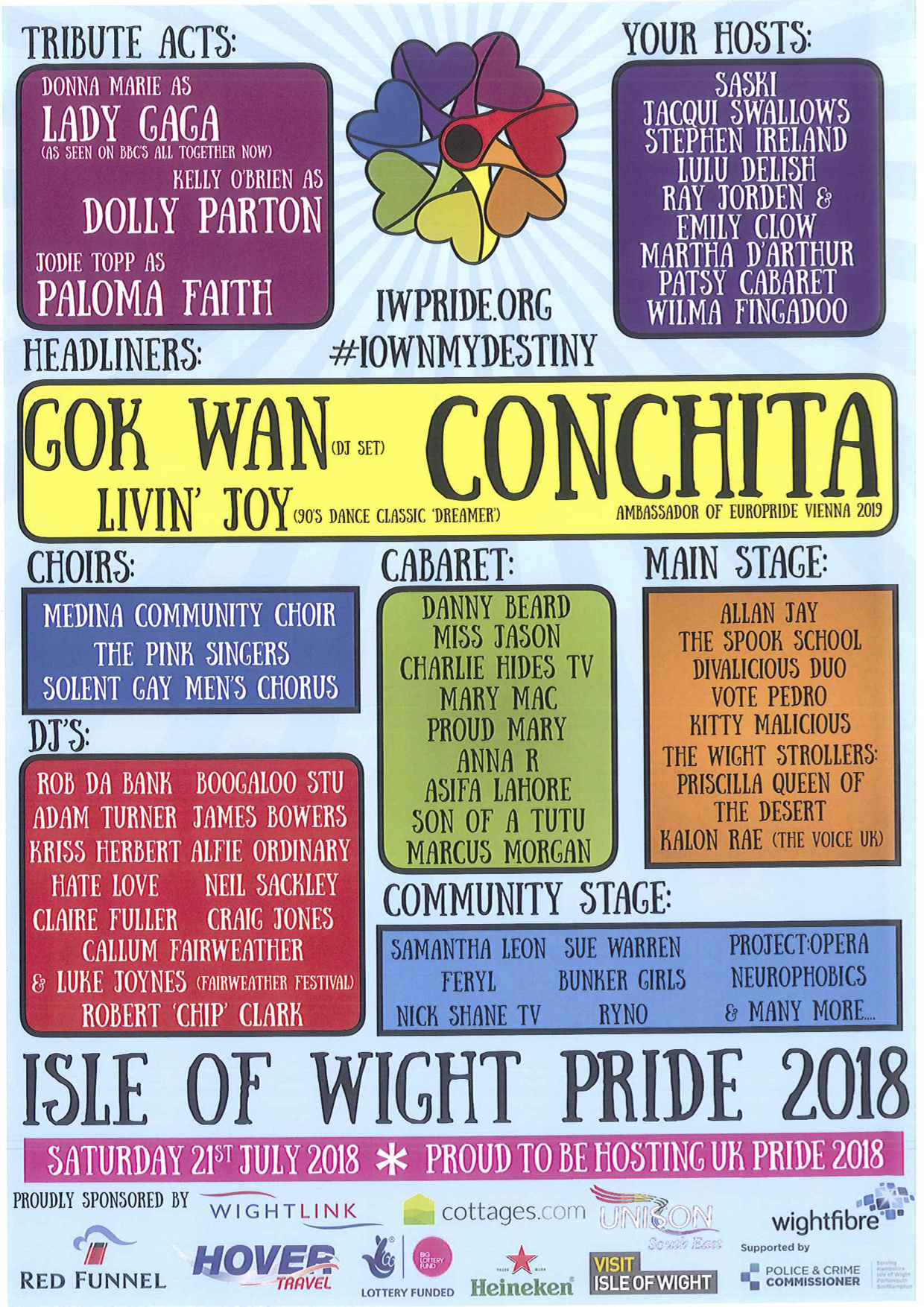 Copyright 2022 © Tides Today. By using this data, you are agreeing to the Terms and Conditions

Ryde Town Council was established in May 2008. The Council delivers a variety of services such as public toilets, allotments, a dedicated Environment Officer, decorative lighting, Christmas trees and summer planting as well beach cleaning and the beach lifeguard service and makes a substantial contribution towards the maintenance of the Town’s play equipment and the Waterside Pool.